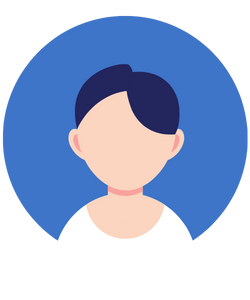 Alcoholic beverages have such a unique place in culture. In fact, they seem to have different roles in every culture. In some cultures, having a drink is a way of celebrating and making friends. In other cultures, drinking is only done during festivals and community events. Of course, the beverages served vary with the culture as well. Some places are beer places. Other places have their own signature liquors and spirits that they blend into special cocktails. It's wild and wonderful world out there, and we're glad alcohol is a part of it. Have a drink in our honor, and read this blog to learn more.

Beer is seeing a renaissance lately. Craft breweries and other small-batch beers are offering a multitude of flavored beers for consumers that range from deep, dark lagers to pale ales and everything in between. If you are not sure exactly what a pale ale is, here's what you need to know.

Why is it called pale ale?

The term "pale ale" was first used in the 18th century to describe a light-colored beer that was made with pale malt.

What makes a beer a pale ale?

Pale ales are made with pale malt, which gives the beer its light color. Pale ales are typically well-balanced, with a moderate level of bitterness and a slightly sweet flavor. Pale ales are one of the most popular styles of beer in the world, and they come in many different varieties.

Pale ales are typically well-balanced, with a moderate level of bitterness and a slightly sweet flavor. The exact taste will vary depending on the type of pale ale you choose. If you do not like strong-tasting beer, you should definitely give pale ales a try.

What's the difference between a pale ale and a regular beer?

What's the difference between pale ale and IPA?

IPA, or India Pale Ale, is a type of pale ale that is more bitter and has a higher alcohol content. They are typically made with different types of hops than other pale ales.

What is the difference between pale ale and lager?

Lagers are a type of beer that is fermented at a lower temperature than pale ales. This gives them a crisp, clean flavor. Pale ales are typically hoppier and have a fruitier flavor.

How do you choose the right pale ale?

How long will pale ale last?

Like most beers, pale ales typically have a shelf life of several months. You should refrigerate your pale ale to help keep it fresh.

If you're a fan of pale ales, then you'll definitely want to check out some of the different varieties that are out there. With so many different types to choose from, you're sure to find one that's perfect for you.